Extending or re-routing a ducting comes quite hectic as it takes an entirely new lineup of ducting. Besides, it’s not an efficient process at all. On the flip side, if you manage to tap into the ducting that’s already in there, things would get way more convenient. Saving your space, time and money is another plus.

So, how to tap into existing ductwork without calling an HVAC expert up?

The first of this 7-step process is to measure the ducting properly. Based on that, you’d need to make cuts on the existing duct and on the seams as well. Beware of handling the curves, as that impacts on the entire HVAC. Finally, cut the flex ducts and attach the extensions ducting to the opening.

That was a nitty-gritty of the whole process. To get into the depth of it, let’s hop on the wagon and dive into it-

Here are the things that you’ll need to complete our 7 step solution perfectly.

These are scissor-like objects that help cut metal the way scissors cut paper. The long blades help us cut metal better and control our work better.

This marker is just like any other marker when you look at it first. But, what makes it unique is its slim tip. We’ll use it to make some markings on the metal to cut through.

This is a saw which has fine teeth and is usually made especially to cut metal. They are for hand cutting metals. We’ll use a hacksaw to cut the ducts.

These are scissors that are normally used to cut hair. But we’ll use them to cut the flex duct.

A utility knife is a small utility with a smaller blade that can be used to cut things precisely.

Now, those were the things that you should get if you want to follow our guide properly. Now, let’s move to the next step.

How To Tap Into Existing Ductwork?

Step 1 of 7: Take Measurements and Make the New Ducts

The first step on our list is to measure everything precisely and set a plan for tapping the existing ductwork. So, let’s start by taking out the tape measure.

Get a good measure of how long you want the new ducts to be. Then, make the new ducts that we’ll attach to the existing ductwork after cutting it right.

Once you’re done with this step, jump on to the next one.

Now, time to cut the existing ducts to make way for the new duct. Start by making the cut and creating an opening.

Trim sheet metal ducts with tin snip for the opening, but make sure yout keep the type of the cut similar. Use compound snips for more leverage.

Try using thinner cutting blades to cut straight sections, thick seams, and round ducts and for the curved lines.

Move on to the next step if you’ve finished this.

Step 3 of 7: Cut the Existing Ductwork

Mark the area of the sheet metal you want to cut with a felt-tip marker. Punch a hole where you want to start, with a hammer and a straight screwdriver.

Make sure the hole is large enough to put in the tip of the compound snips.

Cut to the line from the hole, then cut along the circle or rectangle opening on a flat duct or the line around a round duct.

Now we’ll cut the seams for a better finish. So, get those compound snips ready.

Cut through seams using compound snips. These seams are double or triple thicknesses of sheet metal.

Put the seam deep into the snips’ jaws and press hard.  Now, try using a hack saw to cut seams if they are too thick for compound snips.

Once you’re done with this, move on to the next step.

Step 5 of 7: Handle the Curves

If you have only a few curves and move the snips to follow the curve line, stick with standard yellow-handled compound snips.

Cut flex duct with shears or a utility knife and tin snips. Slice the metallic outer layer and the insulation.

Make sure you cut around the round flex duct with the knife or shears and lay it back to expose the coiled wires.

Cut each wire with snips, taking care to make the cuts even so the cut end is straight.

Once you’ve finished this step, move on to the last step.

Here’s the final step in our process. It’s time to attach the new ducts to the existing ductwork.

Take the new ducts that we made at first and slowly attach them to the opening. You can take help from professionals if you want to.

Once this step is complete, you’re good to go. You’ve completed the whole process.

Why should I use shears to cut the flex duct?
The flex duct is softer, compared to the other parts of the duct. Therefore, we use something like a shear or a utility knife to do the job.
What kind of snips should I use to make complex or curve cuts on the duct?
In this case, special offset snips would be your best bet. So, get one of those for these kind of jobs.

That’s all we had on how to tap into existing ductwork. The 7 steps were laid out and simplified so that you can understand in an easier manner.

If you think you want us to cover something else or if we missed something, let us know. You can leave feedback in the comments below. 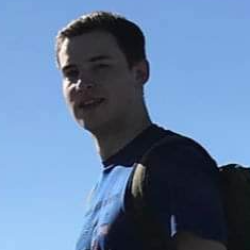